There are places in everyone's life that are only one idea away from being called "home". Places where you don't necessarily go often, but that await you anyway. Places where you know that there is always a place for you, maybe just a small lawn to sit in, surrounded by the roots of ancient larches that pass on the memory of what it was in certain places. We mountaineers don't ask for much to feel good and feel that we are part of all this, even if only for a moment, the time of a climb. 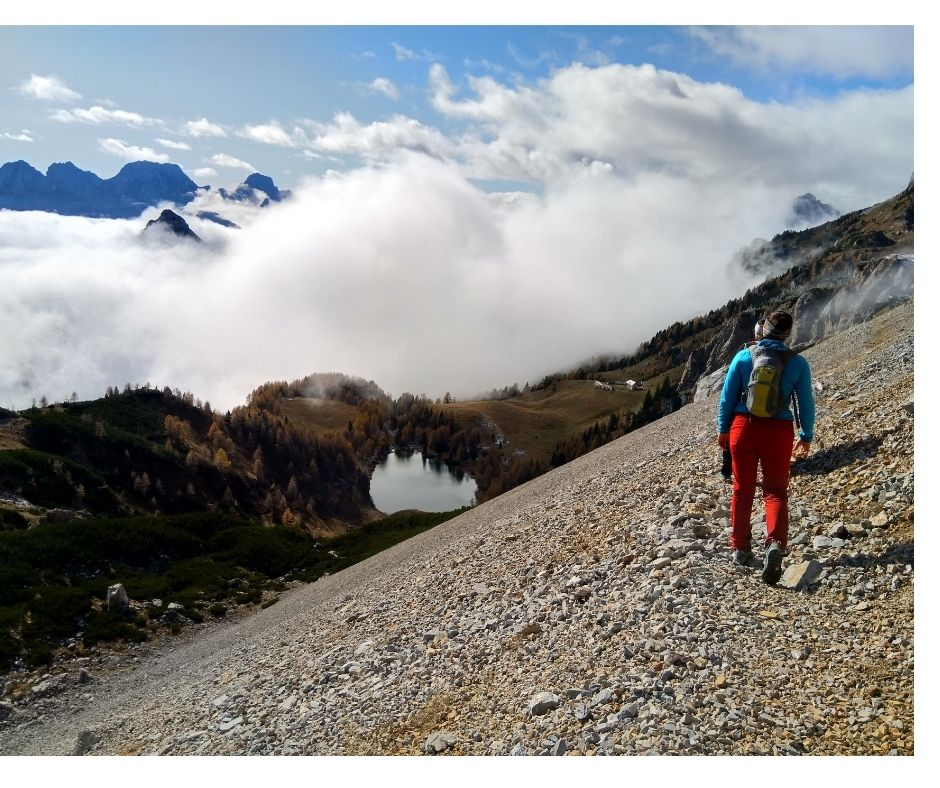 So today I go up to one of the most popular destinations in the mountains of Friuli, the Bordaglia oasis. A context of gray walls that dominate reddish ridges, on uninterrupted basins of green meadows, millenary gravels and lilies of the valley. It is a spectacular lake where the earth touches the sky.
The language of the mountains up here is frank and direct for those who know how to listen. It speaks with the humidity of the undergrowth, with the pouring waters that flow into the gorge of the Rio Bordaglia, with the leaves that the mischievous north wind continues to detach from the bare trees of autumn, survivors of the VAIA storm that shooked them into the roots. There are trees on the ground along the way, silent witnesses to the violence of that night. Wooden skeletons lying on the ground made farewell written by that foreign storm that entered Carnia from the main door without asking for permission. He did it even higher up, at the Bordaglia di Sotto hut, which still bears in its finishes the signs of an unequal fight against the fearful elements of that evening.
I go up again, aware that the wonder of the area is enclosed in a basin beyond these woods, at an altitude of 1800. A pearl that is revealed at the last, hidden by the curtain of larches that in the autumn days sparkle with warm colors as if they were a remnant of summer on the slopes.
This is a bit like home, my eyes and my soul say so.
I could stay here for hours looking around without wanting anything else but today I still have a desire, to go up to the nearby basin of Lake Pera.
I look towards the red gravels of the Bordaglia clay that the North wind has now whitened and encrusted with ice, an element that I love and makes me feel good. Fall and winter accompany me to the side of the path. The extremes meet in this imaginary line, as a hundred years ago an indefinable border divided Italians and Austro-Hungarians who faced each other here with rifles and grenades.
From up here, high on the slope with the lake at my feet, I look at what surrounds me and I can't help but think that if I were tired of walking one day, I would stop here, where the eyes are never tired of this panorama. I would sit on a stone by the sea of tranquility, counting the needles of the larches that tighten in the sky at the first flakes of winter.
I would wait like this, watching dense clouds fall apart and chase each other between the peaks, with the wind blowing through the branches of the mountain pines up here. I think Bordaglia would be the perfect place.
In my progress, now downhill, I cross other drops of water that have become a mirror: Lake Pera. An atmosphere of mists that fray in all directions makes the journey particularly rewarding, as they write in certain books. 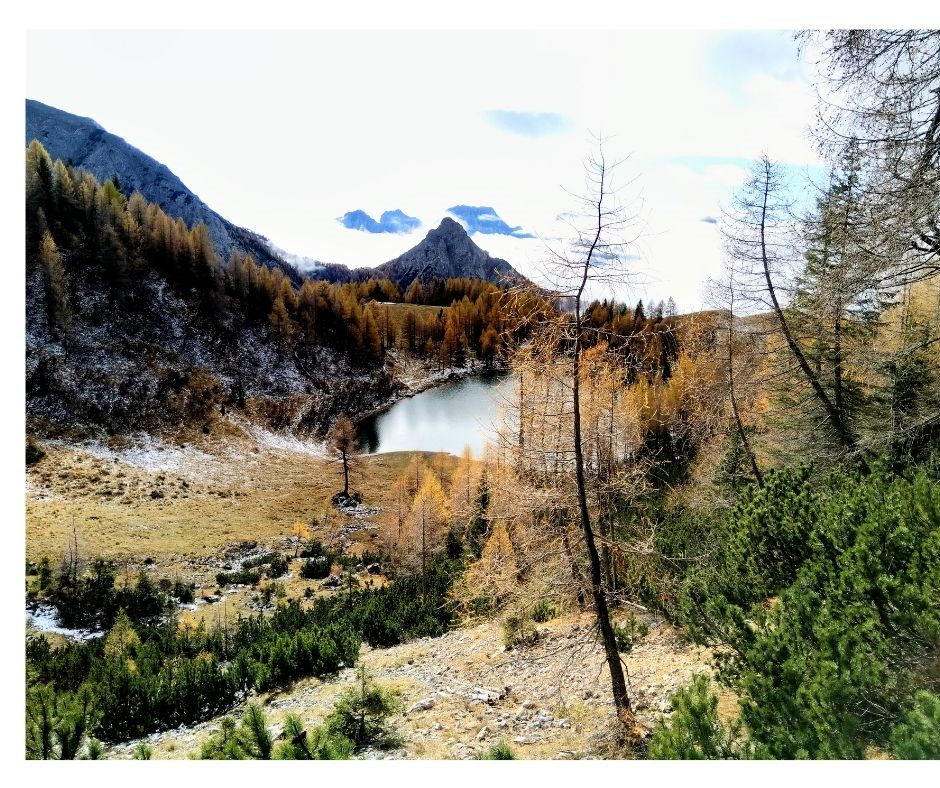 I will descend through the valley of Sissanis, a place where the silence of the mountain is interrupted by the voice of the stream that flows into the Degano river, beyond the narrow of Fleons. The Goccia di Carnia, a mineral water drunk all over the world, was born here under my feet, flowing between these rocks and collecting their essences.

The Sissanis hut is now the skeleton of itself and of what it was. The mountain is regaining possession of the disputed spaces for centuries with the villagers, it is the boss.
I go back to the car and dive back into the humidity of the valley floor. Autumn is running out, the great cold is upon us and Bordaglia will freeze its drops until spring, but that's okay, there is a right time for everything.
Because there are those who inside are made of snow, rock and solitude.

How useful did you find this article?

Your comment has been sent successfully!
It will be visible on the comments section as soon as it is reviewed and approved by the author of this blog post.